The March Acoustic Tour or 3 gigs... 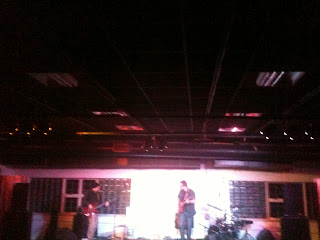 Weird venue underneath a flyover in Notting Hill. Notting Hill is nothing like they way it is in the soppy film, edgy and lots of culture.

Great night for Rarenoise Records, lovely people and a terrific set. 2 basses could be horrible, but it wasn't, really interesting and melodic playing from two great musicians. The set was semi improvised and the level of communication onstage was remarkable. Had a chat to Colin and Lorenzo, great people. Drummer Dave Walsh was also a top player. Great night.

Crowd outside the venue: 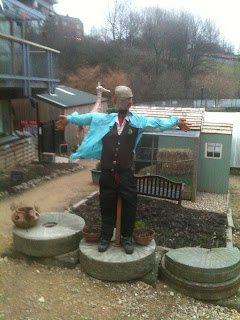 I've played with Godsticks many times before, lovely people, great band. Mike was really supportive and said some nice things about my music, he has some great Zappa stories (Mike was the guitarist in Frank Zappa's band and now plays with Joe Satriani). The whole band were really cool, nice people and amazing musicians, fantastic songs. Great to catch up with Sid Smith, he wrote one of my favorite books about music, a great King Crimson biog. Sid also writes for Prog, top bloke with some great stories. My very talented musician friend Roger Palmeri also came, great to see him. 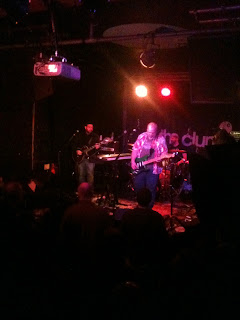 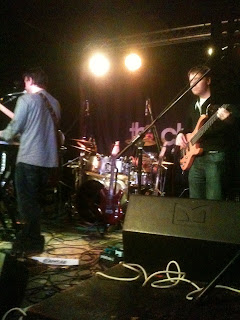 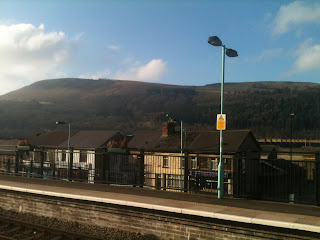 Firstly great to catch up with my mate Matt Cohen from The Reasoning, we always have a lot to talk about. I really admire the way he has built up a following for his band over the last 7 years. Recently he signed to Esoteric/Cherry Red and the profile of the band seems to have really grown. I saw him on breakfast TV on the Prog awards last year! Matt gave me a lift to the gig and I met up with the Also Eden guys who I hadn't seen since the 2011 Electric Garden Festival, really nice guys. The gig was good, cool crowd and Lee from AE very kindly let me stay over and save on a hotel. If you like prog influenced by Marillion and other stufff you need to see AE.

On stage with Alun - Photo by Paul Johnson: 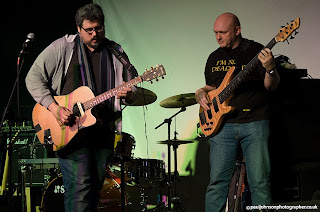 I got to play with my friend Alun Vaughan on 3 songs, he really is a great bass player. Me and him and out mutial friend Paul Dementio went for a Curry after the set and had a great chat about the state of the world/music industry.

Nice to not be gigging for a while now, writing time!!
Posted by Unknown at 10:52