There is a great bit in Stewart Lee's book How I Escaped My Certain Fate about Derek Bailey. It's this story about DB repeating accidents and how it shaped SL's attitude to improvisation. Well worth a read.
Posted by Unknown at 11:28 No comments:

Fierce And The Dead album 2 update..

New The Fierce & The Dead coming on well - I reckon we've got about half the record sketched out. It's quite different to the first one and the EP. Kev's bass is really to the front and we're very much a 2 guitar band now. The structures are getting stranger and the bar lengths more messed up but it's also quite pop. In a not pop way. You'll see :) 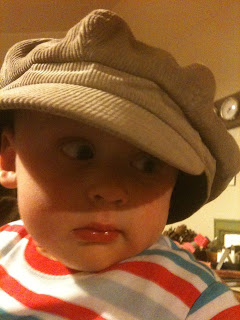 Gonna try and post some of the stuff that is inspiring us while we make Fierce And The Dead II. Here is something :) Belew :)
Posted by Unknown at 03:57 No comments:

Sometimes my stuff and the music of The Fierce And The Dead gets called "post rock" a genre that's vaguely defined at best.

Slint or Mogwai or Tortoise or Godspeed are the most often called upon examples. Well although I do like some of those bands it's not something i listen to a lot or is a real influence.

What we do is more what happens when you mix King Crimson and Husker Du and The Smiths and loads of other stuff from the Mahavishnu to Carcass to Nick Drake to Portishead. It's all in there, it just comes out as this stuff.


One review of the first Fierce And The Dead record said we'd ripped off loads of Post Rock bands I'd never even heard of, which i must admit is frustrating. I dare say they came from the source we did. 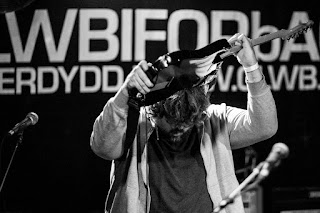 I'm going to do a post rock show soon with my friend David on his podcast and pick out some of the more remarkable bands, I'll let you know :)
Posted by Unknown at 09:52 1 comment:

Matt Stevens @ The Jazz Cafe, a photo by Stephen*Iliffe on Flickr.