It’s easy to be cynical, but I try not to be, I believe that to get things done you need to be positive. I don’t always succeed but I’m aware that the alternative (sitting around being depressed) doesn’t help. (I realise this is a massive over-simplification).

Why I’m writing this is because something amazing has happened with regard to The Fierce And The Dead’s Spooky Action album. Our friends at BEM music are selling Spooky Action for £1 on download or £5 for the CD. You can get it here. I’ve always felt that this album (which I co-wrote and played guitar on) was one of the best things I’ve worked on (alongside Lucid). I just thought it was really good. And it got really good reviews as well. Such as:

"4 out of 5” Total Guitar Magazine

"(This) is what would’ve happened if Philip Glass had ripped up his Fulbright scholarship at the kitchen table and said “Screw you Mom, I’m gonna start a garage band”'  Demon Pigeon

"(Spooky Action) doesn’t just shift goalposts – it uproots them, sends them into space and puts them on another planet” Echoes and Dust

"...these chaps are some of the most intrepid explorers in rock music.” Oliver Arditi 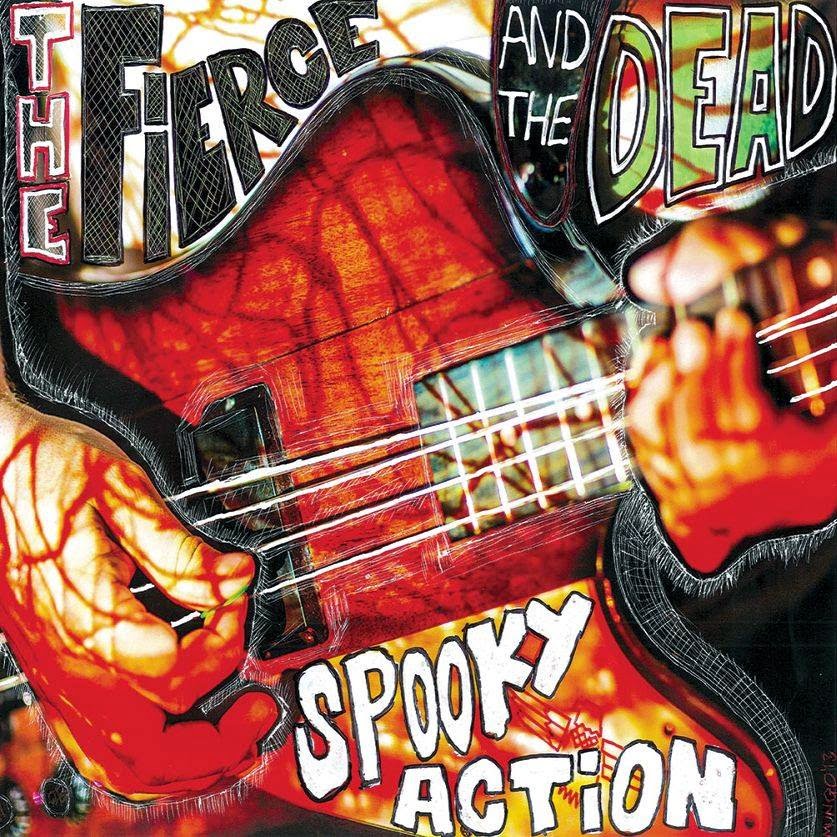 Anyway BEM tell me that lots of people have been downloading Spooky as part of this offer. Lots. Which is amazing, I’m not sure if it’s because of people getting to know my music more or because of all the gigs we’ve done this year, but this really is hugely appreciated. I’ve always wanted more people to hear this record. It’s interesting that on release things don’t always find an audience but eventually grow and this seems to be the case here. You find it across culture from comics to fine art. Some things just resonate later on. Why in 2014 are people becoming interested in "progressive rock"? Why do some artists barely sell a painting during their lifetime?

If you like Spooky Action, can you help us? Share the link to it on Facebook or Twitter. Write a blog post about it. Tell a friend. Include a track on a podcast. Make a film and use one of the songs as a soundtrack. Tell the world. The audience has SO much control now, it’s up to you. The link is here:

Massive thanks to everyone who has shared it already, this success is because of you.