I played on my friend Simon Godfrey's new album Shineback - Rise Up Forgotten, Return Destroyed. Simon is best known as frontman of Tinyfish. It's released tomorrow.

I'm on the songs Bedlam Days, Here Come The Envoys and Rise Up. We did it in one session, great fun. One of those make a funny noise here sessions, perfect for me. I really respect Simon and his attitude to making music, he's got a brilliant sense of the ridiculousness of it all. It's a great record and really brave. Talented sod, as is lyricist Rob and the other musicians involved.

It's released on BEM who are also putting out Fierce And The Dead 2. But more of that later.

If you need more convincing David from BEW wrote this, well worth a read.

Here is some actual stuff about it:

Titled Rise Up Forgotten, Return Destroyed, this is the brainchild of Tinyfish’s Simon Godfrey, who tells us of the new band’s musical approach.

“For reasons I’ve never understood, electronica seems to be shunned by a lot of prog bands. They’ll play seven-string guitars and think they’re right on the cutting edge of music, which is nonsense. I decided to put away my guitar and not use it at all on the Shineback album. Instead, I play keyboards, computers and some synth. There are moments of guitar work, but not from me. I thought I’d get in people who could really play.”

Rise Up Forgotten, Return Destroyed has a concept running through every track, with lyrics written byRobert Ramsay of Tinyfish. “It’s about a woman who takes a video camera inside her dreams, and films what she sees for a blog. Except that things go badly wrong for her,” explains Godfrey. 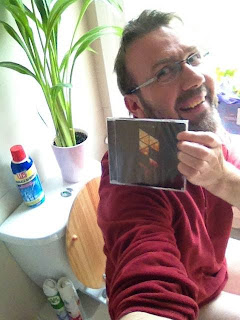